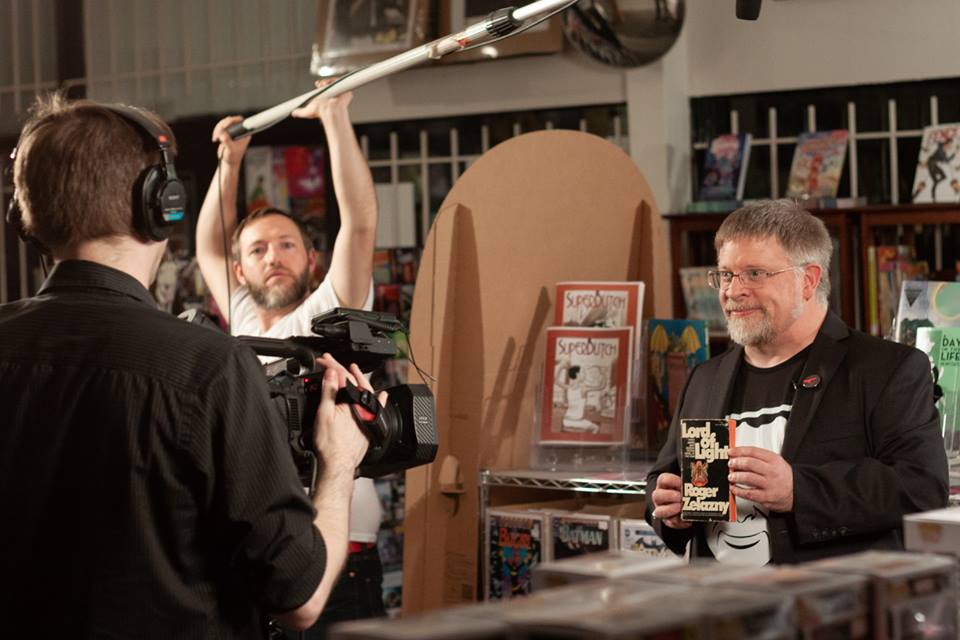 From deep in the bowels of a public access television station somewhere an unholy remnant of days gone past has been unearthed. Revisit a long-forgotten show as your host – who bears a striking resemblance to the Panel Jumper himself – takes us through the depths of depravity known as… Continue reading →

Cole Hornaday, Ben Laurance, and Manager Mike Gilson gather together at one of our home bases of Annex Theatre and screen all of the Full-Length Issues (up until that point) and provide live-streamed commentary.

On this episode of The Panel Jumper, we concern ourselves with Kaiju – those strange monsters that were born into popular culture after WWII. Where do Kaiju come from? What do they represent in different cultures. Join Cole Hornaday as he takes us through the Kaiju timeline from Godzilla to… Continue reading →

What happened when a stuffy child psychologist decided comic books were an evil blight upon the landscape? In this episode of The Panel Jumper, we examine the impact Dr. Fredric Wertham and the Senate Subcommittee on Juvenile Delinquency had on the comics industry in general, and EC Comics in particular…. Continue reading →

In the 1980s, DC held a phone campaign to let their readers determine whether or not Jason Todd, the second Robin to Bruce Wayne’s Batman, would live or die. This episode of The Panel Jumper takes a look behind the Bat-cave to examine why the readers made the decision that… Continue reading →